By week 2 of your pregnancy, you still aren’t pregnant. Your period has likely ended and you are now about mid-way through the follicular phase. The follicular phase begins on day one of your period and continues until the second phase, ovulation, which may occur on the final day of this week. 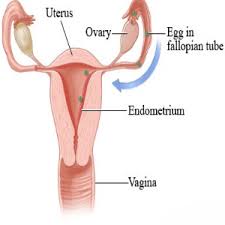 What happens during the follicular phase or when you are 2 weeks pregnant?

As menstruation ceases around day 5 of your cycle, the level of follicle-stimulating hormone (FSH) in your body will increase slightly to stimulate the development of several follicles in your ovaries. Each of these follicles contains an egg. Throughout the week,  FSH levels will decrease, and hypothetically, just one follicle will continue to develop and prompt your body to produce estrogen. Sometimes, more than one follicle may develop, which can result in twins.

Estrogen levels then begin to rise and cause your uterine lining to thicken. Once levels are sufficient, the body

triggers the release of  luteinising hormone (LH) which tells your ovary to release the egg. LH can be detected by home urine tests. It’s surge indicates ovulation will occur in 24 to 48 hours. If you choose to use this testing method, you should begin “attempting” (having sex without protection) as soon as you get a positive result.

Sometimes ovulation will also cause mittleschmerz, or pain in the side, but most women don’t feel ovulation at all.

There are a few ways to know if you’re ovulating:

-You can watch the calendar. Ovulation often occurs about half way through your menstrual cycle, which would be, in most cases at the end of week 2, two weeks after your last period began.

-You can chart your basal body temperature. Body temperature will become low during menstruation and then rise immediately after, so by charting this effect every month you can get an idea which days you typically ovulate.

-You can watch your cervical mucus and position. Cervical mucus becomes more plentiful and watery as ovulation approaches, before turning “egg white” and stretchy at ovulation, and slowly dissipates after. The cervix rises, softens, and opens during ovulation and is lower, firmer and closed during infertile times.

It can take some practice to master the art of pinpointing ovulation. You may find a charting program, such as FertilityFriend helps.

You still will have no pregnancy symptoms, as you are not yet pregnant.