Your baby may begin its journey to becoming an adorable bundle of love this week, but you still are not technically pregnant. You likely ovulated, or released a developed egg, around the end of last week or beginning of this week. 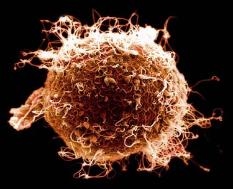 What happens when you are 3 weeks pregnant?

As mentioned last week, an LH surge signals the release of an egg, or ovulation, to occur followed by the final phase of the menstrual cycle, the luteal phase. The released egg travels into the fallopian tube, hopefully to be met by sperm and fertilized.  There is a roughly 5-day fertile window, generally lasting until about 24 hours after ovulation, for this to occur.

Meanwhile, the follicle your baby exited from begins to form the corpus luteum. The corpus luteum is an important, but temporary structure that tells your body to begin and continue producing progesterone. Progesterone is a hormone that maintains the uterine lining during pregnancy. It also will cause your body temperature to rise making it possible to confirm ovulation via body temperature. If you don’t become pregnant, the corpus luteum dies after 12 to 14 days, progesterone levels fall and your period will begin. If fertilization does occur, it will continue to produce progesterone until the placenta takes over around week 10 of your pregnancy.

Fertilization, or that meeting of your egg and your partner’s sperm, usually occurs within a day or two of ovulation. After fertilization, your baby is called a zygote. Cell division began immediately– your baby is already growing at an alarming rate! Your genetics have also already determined everything from eye color to height, including well over two-hundred different characteristics.

Your baby will spend the rest of this week traveling to your uterus for implantation. Once the zygote reaches your uterus, it is medically referred to as a blastocyst, though you may want to start thinking up names yourself. At this point, your baby is 0.1 to 0.2 millimeters in diameter and not even visible without a microscope.

Can you confirm pregnancy at 3 weeks pregnant?

Chances are, no. Typically, implantation occurs 6 to 12 days following ovulation landing somewhere between day 20 and day 26. While the short side of this range does fall within week 3, it takes about 48 hours after implantation for hCG levels to be sufficient to make any pregnancy test–even the most sensitive–show positive meaning you shouldn’t even try to test until a minimum of day 22. You’ll be more likely not to get a false negative if you wait until after your period should have arrived during week 4 of your pregnancy or around day 28 or 29 of your cycle. You can read about this more in-depth on our page on when to take a pregnancy test.