The expectation that children bounce off the walls after eating sugar is not an uncommon, however, it’s actually based on a myth. Sugar alone does not cause hyperactivity. Nonetheless, after every meal, my toddlers wind up and shoot off into an at least half-hour hyper-fest, whether that meal includes sugar or not, making the first question that needs addressed: Why would eating cause my child to become hyper? The answer to said question should offer insight into how to reduce hyperactivity in children after eating. 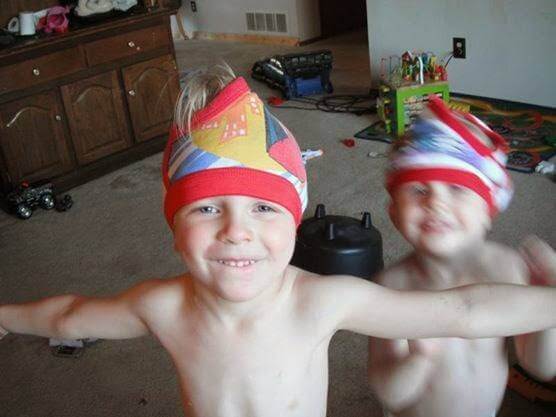 Why do kids get hyper after eating?

Sugar itself may not make kids hyper, but blood sugar changes can affect energy levels. For example, if your toddler eats simple carbohydrates, which are found in foods such as fruit, white rice, and yes, candy, he or she will get a fast blood sugar boost which will in turn increase energy levels temporarily before allowing them to crash. Any food that contains carbohydrates can have this effect, though complex carbohydrates such as those found in vegetables and whole grains generally have a less hyper-inducing effect. Nearly all the meals you’re serving likely contain carbs. This may make it seem as if the eating is causing your child to become hyper, but really it’s the carbohydrates energizing your child’s body.

In addition, additives like food preservatives and food dyes may also cause hyperactivity in children. Several well-regarded studies have found this to be true, though it should be noted other studies have shown it to be false.

OK, then what can you do to reduce hyperactivity after meals?

Unfortunately, there isn’t that much you can do beyond offering well-balanced meals in regards to carbs. To balance carbs, you need to have ample protein in your meals. For instance, feeding your toddler toast with jam for breakfast should result in a fairly hyper reaction, while the same meal with some bacon or sausage added should result in a less-extreme energy spike.

You may also try reducing food additives and dyes in your child’s diet. Such things are found in unexpected places.Most boxed mac ‘n cheese, for example, contains both.

If you notice extreme highs followed by equally extreme lows, as well as other signs of blood-sugar imbalance such as irritability, sluggishness, or depression in the morning or after long periods without food, your child may actually have a blood sugar issue. You should seek out a pediatrician for advice.

Does your child get hyper after eating?