I couldn’t really say why, but breastfeeding is one parenting topic that is hotly debated with parents on both sides of the fence with powerful opinions that they are not afraid to share. Many of those black or white positions make very little sense to me, exclusive breastfeeding for example. I breastfed both of my children, but when they became older I supplemented with formula. 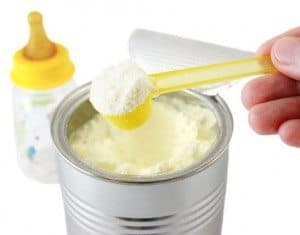 Sure, I could have pumped bottles, and there were times when I did, but realistically there was no reason that formula use was “bad.” Frankly, I’m rather tired of hearing people spout these opinions at moms as if they are fact in some odd attempt to make everyone in the world raise their children the way they do. So, factually, is exclusive breastfeeding best?

The benefits of breastfeeding are obtained with any level of feeding.

Studies only support exclusive breastfeeding as better in the first four months of life.

I’m not saying that exclusive breastfeeding has no benefits. There is indeed research that suggests exclusive breastfeeding-this means no solid food even-may reduce your baby’s risk of gastrointestinal and respiratory infection as well as help you return to your pre-pregnancy weight sooner. In some countries, the current recommendation is six months, but some research has suggested that those two extra months can lead to iron deficiency, a higher risk of developing allergies and celiac disease, and the possibility of limited food preferences which could hinder a healthy diet and lead to obesity later in life. Basically, current research supports exclusive breastfeeding until around 4 months, and then there is no harm in feeding formula or solid food as well if your baby is developmentally ready.

There are no risks to formula feeding.

You can read a full overview here, but the stones often thrown at formula as far as risks are unfounded. While there are factors that can create a risk to formula feeding such as bottle propping, contaminated water supplies, and overfeeding, formula feeding itself poses no unavoidable health risks. Much like pretty much any aspect of parenting, there are mistakes that can be made which can lead to risks, but that doesn’t make supplementing bad.

When all is said and done, a baby that is not breastfed at all can turn out just as healthy as one who has been fed nothing but breast milk. Yes, breast feeding presents benefits to both mom and child, but not doing so or mixed-feeding isn’t dangerous, and that’s a fact.