It’s hard to see the glow of pregnancy when you’re doubled over with gas pain. In one of my previous pregnancies, I had severe side pain for several days. The first thing they asked if I was gassy. At the time, I laughed. “Gas?” I thought, “Yeah, right. This hurts far too much to be some stupid gas.” It wasn’t either, but my third pregnancy has now rightly corrected my perspective on the pain of gas during pregnancy. It can sort of feel like you’re dying. There’s this powerful pressure and stabbing pain someplace deep within your guts, and then it passes, and you’re faced with undeniable evidence of what the problem was. 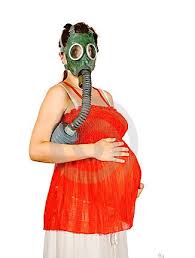 What causes gas during  pregnancy?

Gas during pregnancy also comes with increased flatulence and in many cases burping. In early pregnancy, the body begins to release more of a hormone called progesterone (this same hormone causes flatulence and bloating before your period), and later in your pregnancy, relaxin joins the game. Both hormones work to relax smooth muscle throughout the body, a process necessary to labor and delivery. Sadly, guess what type of muscle your intestinal tract is made of? As a result, digestion is slowed and constipation and gas are the byproduct. Depending on how big your belly fruit has grown, it’s also possible your baby is hogging space in your abdominal cavity and stomach region, leading to even slower digestion. Yep, if you’re in the early stages, bad news, gas during pregnancy can get worse.

What can you do about gas during pregnancy?

-Wear loose clothing. Anything that bands tightly around the abdomen can restrict blood flow and slow digestion even more. You may find positions that help blood flow to your abdomen help with pregnancy gas, such as sitting with your legs elevated.

-Try a warm bath. Sitting in a warm tub actually tends to take blood away from the core, moving it to the extremities, but I know many pregnant women that swear by a warm bathe to release painful gas. Granted farting in your own bath water sounds gross, but you can always stand up and shower off afterwards.

-Get up and move. When your guts feel like they’ll explode your natural instinct may be to curl up in a ball, but movement actually aids in digestion. A painful walk often relieves gas pain slowly.

–Don’t swallow air— you’re supposed to breathe it silly. Things like straws, chewing gum, and eating quickly can lead to swallowing more air than usual. Swallowed air is a secondary cause of gas.

–Keep a food diary. Chances are you’ll find certain foods set off your gas during pregnancy. If you’re suffering frequently, keep a food diary and note the times of your pain or flatulence. Then look for common themes in your diet that are triggers. While many people assume foods like beans that are high in protein are often the culprit, it really depends on your body. Some people are set off by high protein, others diary, others processed sugars, and the list goes on. Anything can cause gas during pregnancy. It may be tricky to nail down the causes, but once you do eliminating them obviously helps.

-Medications: Most doctors feel Simethicone, an over the counter gas relief medication found in medications such as “Gas-X,” is safe to treat gas during pregnancy. It should, however, be noted that no real testing has been done. There is just no logical reason it would harm a baby.