The majority of women have heard of Plan B. It’s often simply marketed as this thing that you take any time you’ve had unprotected sex or a contraceptive failure—that is, if you don’t want to become pregnant—but how effective is Plan B really? What is Plan B, and how does it work? Are there side effects? What are they? Fewer women know the answers to these questions. Luckily, to fully understand how effective Plan B is, you need to understand what Plan B is and how it works so you learn the answers to all these questions. 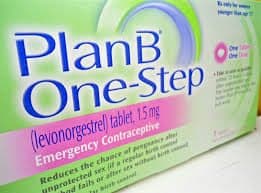 Let’s start at the beginning…

What is Plan B?

Chances are, if you’re looking up Plan B effectiveness, you get that it’s a pill that helps prevent pregnancy, but to be more accurate, Plan B is a large dose of levonorgestrel. Levonorgestrel is a progestin that can prevent pregnancy primarily by preventing ovulation, but it may also prevent implantation.

How does plan B work?

Progesterone is a hormone that’s always present during your menstrual cycle. It maintains your uterine lining after ovulation. If you become pregnant, progesterone keeps you from getting a period. Plan B essentially mimics pregnancy by delivering a large dose of progesterone (levonorgestrel mentioned above) so that the body already “thinks” it’s pregnant, doesn’t ovulate, and instead continues to thicken the uterine lining. As this large dose dissipates, withdrawal bleeding occurs, which usually resembles a period.

How effective is Plan B?

Plan B effectiveness hinges on when you take it. The manufacture may tout it prevents 7 out 8 pregnancies, but realistically that’s likely only with perfect timing. Yes, Plan B must be taken within 72 hours, but there’s more to that story.

If Plan B is taken early in your cycle, it probably does have the suggested upwards of 89% effectiveness, but closer to mid-cycle, probably not, and after ovulation? It’s nearly a pointless measure. This is because you can’t prevent ovulation if it’s already happened.

After ovulation, all Plan B does is work to thicken the uterine lining more to prevent implantation. The later in your cycle you take it, the less effective it becomes.

So, when should you take Plan B, if at all?

The reason it’s generally recommended to take Plan B any time you’ve had unprotected sex and don’t wish to become pregnant is that not all women know when they ovulate. Honestly, if they did, they wouldn’t need Plan B because they would know if the sexual act occurred during a fertile time.

Pregnancy is actually only possible about one week out of the month. You have the viability of sperm at about 5 days, and the lifespan of an egg at around 24 hours. You can read more about your chances of pregnancy here, but long story short, in general, sex just before or just after a period is very unlikely to result in pregnancy. Sex mid-cycle has the highest chance.

Sadly, not all women ovulate mid-cycle. You can’t just assume if the sex wasn’t mid-cycle you won’t become pregnant and don’t need Plan B. It is actually possible to become pregnant from sex just after your period (when Plan B would be most effective). At mid-cycle when you’re most likely to become pregnant, Plan B will at least hinder implantation by thickening the uterine lining and subsequently causing withdrawal bleeding to thin it.

The only situation where we would say you’re probably just suffering side effects for no reason by taking Plan B is when the sex occurred in the final week before your period. Why?

First, ovulation has likely already occurred by a long shot. There probably is no chance of pregnancy, to begin with. Second, there is very little time to thicken the uterine lining. Additionally, if you are basal body temping and know when you ovulate, there is no reason to take Plan B unless you’re in a fertile period.

Speaking of side effects…

Plan B Side Effects:

Side effects of plan B are basically a ramped-up version of PMS but may also mimic pregnancy symptoms. These include nausea, fatigue, feeling hot, discharge changes, bloating, cramping, and gas. This is because, as stated back there on how Plan B works, you’re creating a hormonal situation akin to pregnancy.

However, the most common Plan B side effect is irregular bleeding. Enough so you can read an entire page on this topic here.

I hope this has helped answer your questions about how effective is Plan B, but if not, we welcome comments and questions here at Life with Gremlins.