Most women that become pregnant are well aware they need to eat right. They know they need to stop drinking alcohol, and they know they should probably stop smoking cigarettes. However, many women are not sure if marijuana during pregnancy is safe and whether their continued use is a risk to their baby or a benefit. The new mother grapevine is ripe with conflicting information on marijuana during pregnancy. This article will look at the actual documented studies on the various effects of marijuana on pregnancy in plain terms so new parents can make an informed decision. Any and all studies mentioned in this piece will be sourced. The effects of marijuana while breastfeeding will not be covered in this article, but can be read in this sister article on 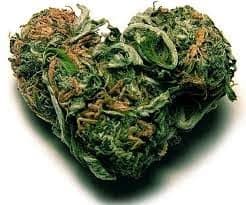 Marijuana during pregnancy’s effect on length of pregnancy and preterm birth:

All studies on this subject found agree that heavy marijuana use during pregnancy does shorten gestational length by anywhere from 1 to 2 weeks possibly resulting in preterm birth. Light or occasional use was not shown to have the same effect.  Some studies found this result only in women of Caucasian decent. Heavy marijuana use was also found to increase bleeding in the third trimester and the rate of placenta abruption as a cause of preterm labor in one study.

Marijuana during pregnancy and pregnancy symptoms:

Studies have found that marijuana may be effective in treating typical banes of pregnancy. In one study, 92 percent of pregnant women that used marijuana reported a drastic improvement in morning sickness vomiting (75 percent), overall nausea (93 percent) and improved appetite (95 percent). Women who used marijuana for morning sickness also reported using it to alleviate pain, depression, insomnia, fatigue, and anxiety. The attached studies do not reveal whether marijuana is effective for these uses. However, studies done on marijuana use in other applications to help with these same symptoms showed positive results.Marijuana has been shown not to affect any hormones present in pregnancy.

Marijuana during pregnancy’s effect on labor and delivery:

Studies found on the effect of marijuana on newborn size and growth are conflicting. Many studies found a decrease in fetal growth in heavy marijuana users. Some of these studies found marijuana use to only be one factor in low birth weight that was dependent on other variables. Other studies found no difference in birth weight or that effects were only present in women of Caucasian decent. These effects may be a result of the increased chance for preterm labor in marijuana users.Overall fetal length was not found to be effected in any of the cited studies.

Marijuana during pregnancy’s effect on newborn neurological and psychological development:

While early studies found that marijuana use during pregnancy did affect apgar and neuro-behavioral performance, a newer study done in Jamaica found that in cultures such as Jamaica where marijuana use is normal and not indicative of other negative factors such as poverty, other drug use, lesser education and unemployment these effects were not present. This same study found an improvement in overall intelligence and sociological development by 1 month in age. It’s suggested this result may also be a result of other factors.  A way to study neurological and psychological effects of marijuana during pregnancy that is not influenced by other factors has yet to be found.

Surprisingly, very few studies could be found on this subject. Some suggested studies have been done on animals that revealed no effects of marijuana on the fetus despite THC crossing over through the placenta. The possibility of DNA mutation is, however, mentioned. These studies could not be found to be cited. Two studies did find an increase in severe birth malformations including congenital hip dislocation and cleft lip or palate. In infrequent use these effects were not found. There was not an increase in minor birth defects. Both studies suggest other factors play a role in the increase of major birth defects as a result of marijuana during pregnancy. The second study found when other factors were subtracted these rates were insignificant.

Conclusion: Is it safe to use marijuana during pregnancy?

The above information should be interrupted and analyzed on an individual basis by each parent. One study did find the majority of studies done (many of which are listed here) may be flawed due to the inaccuracy of self-reported use. In many areas testing was insufficient to provide a definitive answer either way on the effects of marijuana during pregnancy. As a parent myself, I would suggest that the possible detriments of heavy marijuana use during pregnancy at least outweigh those of the benefits, while occasional use could likely prove beneficial in cases such as extreme morning sickness.