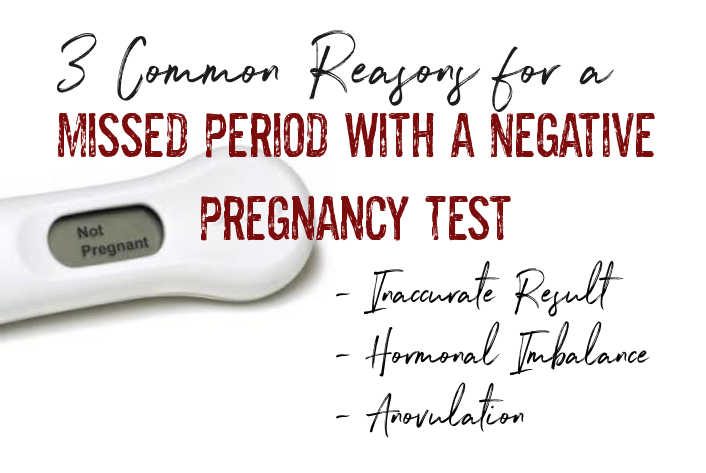 It was a false negative pregnancy test.

You can read about the possible failure of pregnancy tests in-depth here, but basically, home pregnancy tests are not error-proof. You may have tested too early, gotten an expired test, misread your result, or even be one of those women that just never get a positive home test (I have known a few and their children).

In a normal pregnancy, it takes between 2-3 days for hCG levels to reach the minimum threshold for a positive result with a urine test, making timing important. Things that affect hCG rise, like ectopic pregnancy, can also affect the accuracy of urine tests and lead to false-negative test results. A blood test will detect any level of hCG.

If you have a late or missed period and a negative pregnancy test along with pregnancy symptoms, many care providers will still just do a urine test unless you’ve missed more than one period. Given this, it’s recommended you forgo alcohol and other not-pregnancy-safe stuff and wait to see what happens when your next period is due. About 90 percent of the time, women in the missed period negative pregnancy test situation end up getting their period—just a bit late.

If you miss another period, that’s when it’s time to speak with a healthcare provider for a blood test or ultrasound. It should also be noted, it is possible to have bleeding and be pregnant. If you get a negative pregnancy test result and feel pregnant, always follow up with your provider, even if you eventually experience spotting or period-like bleeding.

You have some level of hormonal imbalance.

OK, with that out of the way, what are those other causes of a late or missed period with a negative test? Several hormonal imbalances can mimic pregnancy, the most common of which being high progesterone.

It’s the high levels of progesterone in early pregnancy that cause many  common pregnancy symptoms, including swollen breasts, breast tenderness, gas, bloating, and even nausea, vomiting, and fatigue. That’s why some women experience some or all of these issues as PMS. If you have a high-progesterone cycle (levels naturally can vary by cycle), you may have a longer than usual cycle (late period) along with pregnancy-like symptoms.

Low estrogen can also have this effect as it delays ovulation. When you ovulate late, the second phase of your cycle dominated by progesterone remains the same length in most cases, leading to a late period. Low estrogen is less likely to cause pregnancy-like symptoms, but you may experience vaginal dryness, painful intercourse, and dry skin.

You can learn more about other signs of hormonal imbalance that can affect your cycle in situations such as short periods, irregular bleeding, and spotting here. If you experience more than one cycle indicative of hormonal imbalance, you might try Vitex, a slow-acting herb often effective in balancing hormone levels and restoring fertility. If you aren’t trying to conceive, birth control is also commonly prescribed.

Next, if you fail to ovulate, you may experience repeated seemingly missed periods (amenorrhea). You can think of your menstrual cycle as being like dominoes. Each phase triggers the next by altering your hormone balance. Ovulation is the key piece to switching from high estrogen to build the uterine lining and high progesterone to maintain it. If you don’t ovulate for one reason or another, nothing prompts progesterone to rise.

Depending on your natural hormone balance, estrogen may just continue to build your lining for some time, and you won’t get a period. Some women also experience frequent or irregular periods when not ovulating, but excessively long cycles that appear to be missed periods are more common. Note that these periods are not technically missed. They simply haven’t started yet. Many women will eventually ovulate during a super-long cycle, and either this or an inability of estrogen to keep the lining up leads to bleeding.

Failure to ovulate often has an underlying cause, such as polycystic ovary syndrome (PCOS) or diminished ovarian reserve (DOR). You can read more about the causes and risk factors for anovulatory cycles here. The exclusion to this is while breastfeeding, when wonky, late, or absent periods are expected.

Hopefully, this has shed some light on how you ended up with need to Google “missed period negative pregnancy test.” If you have any questions feel free to drop a comment, we do our best to help.

You might also enjoy:
How Soon Can You Take Pregnancy Test with an Accurate Result?
Implantation Bleeding VS Period
Negative Test, but Feel Pregnant