I live in a small town, and I suppose the old adage small towns breed small minds has a little grain of truth, because in my town, it’s appropriate for adults to spread rumors about 6 year olds. My 6 year old has eczema. Eczema is a medical condition where the skin is in simplest terms thin. This causes crazy sensitivity and an almost constant immune response to everything in the form of a skin rash. It isn’t a result of bad parenting or poor hygiene or anything else within anyone’s control. He was born with it. He sees a dermatologist. He suffers with the discomfort of it every day. 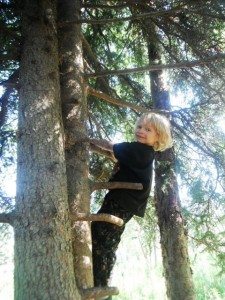 Now, people with eczema are also prone to all sorts of other skin issues, because well, they have thin skin. It’s vulnerable, and their immune systems are always taxed. One such issue can be cold sores. Cold sores are very, very common. I mean 80% of the population common, 8 out of 10 of the people reading this carry the cold sore virus. The cold sore virus, as some people are aware, is actually a form of herpes, not the less-innocent genital herpes, herpes simplex which is synonymous with cold sores. The thing about herpes simplex, is the active form (if you’ve ever had a cold sore you have it forever, it’s just inactive if you are sore-free) is triggered primarily by two things, immune system stress and tissue damage, both of which are nearly always present in kids with eczema. So it’s no surprise my poor 6 year old not only has an itchy rash at his joints, but often cold sores. He doesn’t just get one tiny bump on his lip, he gets patches all over the place.

Apparently, some grown ass adults felt that this was a good reason to start spreading around town that he had herpes, and people shouldn’t let their kids play with him. Let’s ignore that 8 of the 10 said assholes likely have the same “herpes” he does, and just focus on the fact that these are adults bullying a 6 year old for something entirely beyond his control.

At first, I was furious. I wanted to go throat-punch some trash-talking idiots, but you know that wouldn’t help. It wouldn’t change that looking different will always lead small minded people to ostracize others. It wouldn’t make it any easier for a 6 year old to understand he has to stay home when he has an active cold sore outbreak, because they are contagious, not because people will judge him. It won’t make his skin issues go away or the pain that accompanies them. There isn’t a cure for eczema or cold sores, so maybe, just offering some education will help. Telling people what eczema is and why kids with eczema have so many skin issues—even herpes simplex—will. Maybe like every other instance of outright bullying responding with information rather than anger will, because how can we ask our children to accept people for who they are from appearance to sexual preference, when we can’t even have some empathy for others ourselves? After all, some people are just born stupid.

In the meantime, if you have a child struggling with eczema and/or herpes simplex, we recently started our son on daily lysine, an amino acid which aids in collagen production and reportedly reduces replication of the cold sore virus to reduce outbreaks. He has not had an outbreak since we started a month ago and his eczema has greatly improved. As a moderate-dose dietary supplement with risk only to those with compromised kidney function, I highly recommend giving it a try. We use the powder just mixed into water or milk.