If you’ve previously had a miscarriage and conceived again, its pretty normal to worry you may lose another. Miscarriage ruins the innocence of pregnancy. Prior to my losses, I’d had three healthy pregnancies. It honestly never occurred to me a pregnancy could end in anything but a baby in 9 or so months. After two back-to-back losses, I spent pretty much my entire pregnancy after miscarriage worrying. In fact, even now that my rainbow baby has been born, I still worry I’ll lose her somehow–something that never really crossed my mind with my first three.

As far as my pregnancy, those first 12 weeks where the risk of miscarriage is highest was torture. For me, it helped to see those weeks as stages with small victories.

Miscarriage statistics by week are as follows:

Note, these are general statistics and may vary by your age and health. 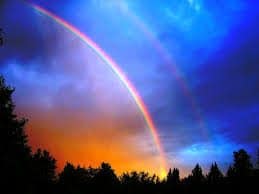 Week 1: At this point, you wouldn’t even know you were pregnant. Your chance of miscarriage is 75 percent.

Week 2: You may get a positive test, and then have your period. This is commonly called a “chemical pregnancy” as the egg never really sets up shop in the uterus. Your chance of miscarriage is 30 percent.

Week 3 to 6: By now, the egg has implanted, and you’ll have missed your period. Your miscarriage chance is now down to 10 percent.

Week 7 to 12: Your risk remains at 10 percent until you have heard or seen a heartbeat. The heart begins to beat sometime between week 6 and 7 in most cases. After a heartbeat is detected your chance of a miscarriage is only 5 percent.

Week 12 to 20: Second trimester losses are far less common. Your chance of miscarriage is only 3 percent.

Week 20+: After 20 weeks a loss is technically deemed a still birth. Still births come with a risk of about 1 percent.

As you can see after you’ve seen a heartbeat, the major risk of miscarriage has passed. By week 12, you can usually relax unless you’ve had complications which place your pregnancy at high risk.

Week 23: Preterm viability begins at 23 weeks, though few babies survive at this age.

Week 28: Survival rates rise to 80%, though many babies born between 24 and 28 weeks have lasting effects.

Week 32: This is the magic number. Babies born at or around 32 weeks and onward generally have no lasting effects from preterm labor and the survival rate is nearly 100%.

How can I ease the worry during my pregnancy after miscarriage?

-Continue basal body temping: I must caution do NOT stress any day where a temp is lower or even below the cover line. The goal of basal body temping during a pregnancy after a miscarriage is to watch for a trend of low temperatures. For example, if you’ve had three temperatures under the cover line and spotting, there may be reason to worry. Basal body temperature will tell you if your progesterone levels are elevated, which is essential to a healthy pregnancy in the first trimester, seeing those high temps can be particularly reassuring.

-Put down the pee sticks. Please. HPT darkness can be affected by all sorts of things. Testing every day and worrying over a slightly lighter line will do you no good. After about week 6, you may also experience the “hook effect” as hCG becomes higher it can throw off pregnancy tests, lines may lighten, conception indicators may backtrack. You can test the hook effect by diluting your urine by half, if the line is suddenly dark again or the conception indicator correct, your levels are just fine.

-Purchase a Doppler after week 8. I specify after week 8, but week 9 may even be a better bet. Home dopplers will not pick up a heartbeat at 6 weeks, even if it’s there. It’s exceptionally uncommon for a home Doppler to find a heartbeat at 7 weeks. Thin women may have luck in week 8 or 9, and curvier women may have to wait until week 10 or 13 even. I support the purchase of a Doppler, because it allows you to actively check on your baby. It really only helps with about 2 weeks of worrying at best, but can also be reassuring in the second trimester. Keep in mind that you should not use a Doppler more than once a week. While home Dopplers are “safe,” there is insufficient research on prolonged and excessive use to determine if using one every day, for example, may be unsafe. You can purchase a doppler

online for around $50. I even used mine on days later in my pregnancy when my wee one wasn’t very active, and I got worried.

Unfortunately, no matter what you do chances are you’re gonna worry. Try your best to relax and keep in mind that you didn’t do anything to cause your last loss, and if its going to happen no amount of worrying will change that.