Of all the age stages kids go through, I’d argue little kids have the most stuff. Being in that in-between age where some for younger kids are still of interest, but toys for older kids are also appropriate, my kids have enough toys for a daycare between the four of them. Also trying to contain those toys to a fairly small space, this makes toy storage and removal an important subject around my house. 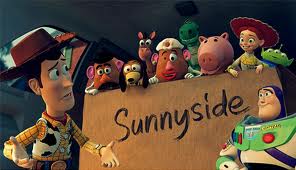 Too many toys: when is it time to ditch a toy?

I use a few rules as far as what to keep, donate to charity, or flat out throw away. I usually go through my toy box every few months in rounds to thin out the pile.

Too many toys clean-out round 1: Broken or non-functional

The first thing I do is go through and find any toys that are broken. Toys that are broken beyond repair hit the trash. Broken, but possible to repair toys get sorted in to two piles. If my kids haven’t played with it since the last sorting, I donate it. If it was once a beloved toy until it broke, I make an effort to make it functional again. In many cases, it’s simply a dead battery situation. If can’t be fixed by me, I donate it.

Too many toys clean-out round 2: The land of forgotten toys

As stated above, any toy that hasn’t seen play time since my last sorting (usually 4-6 months ago) broken or not it’s clearly no longer of interest to my kids. I don’t place a time limit on baby toys. You’d be surprised what a toddler can find to do with a baby toy and even learn from it. I either place toys in storage, as I do plan to have more children, or I donate them to charity when they become no longer cool. Sometimes, when I pull out toys to sort them, I find my kids are suddenly interested in them. This brings me to an excellent way to cut down on your toy pile, put half of it away. If you rotate the toys your child has available to play with, when you switch, all the toys are new again like Christmas any time you want it! You get less of a toy pile and your kids get the joy of variety– it’s a win, win. I also store seasonal toys such as sand buckets and sleds.

What sort of things can I do for toy storage while allowing for easy kid access?

Even after round 1 and 2 of operation too many toys clean-out on my kid’s toy pile, I still have quite the collection. This called for round 3, organization. The issue is, many storage options can put toys out of sight, which may be where you want them, but many kids are of the I-play-with-it-if-it’s-there mindset. If they don’t see toys, they won’t play with them. This means finding storage solutions that keep toys visible, but organized.

You can find these in most department stores. I find clear storage bins work best for things such as legos, building blocks, and other little but numerous small toys. The clear bin makes it possible for your child to remember they exist and keeps them easily accessible, but also well contained. Clear storage drawers also come in a wide variety of sizes and often stack. They can be stashed under beds, stacked in corners, even used as tables for other toys. You may find screwing the base to the wall or floor helps prevent your child from using bins as stepping stools to get into up high no-nos and deters entire drawer dumping mischief. These clear drawers can also be great when you are teaching a pre-schooler to read by adding labels together.

You’ve likely seen these. It’s a piece of cloth with pockets for shoes that hangs up. These can be used for toys as they remain visible but are off the floor. Shoe pockets work best for soft toys, such as stuffed animals. You can also get stuffed animal corner hammocks or make one out of a simple sheet.

For bigger toys that don’t fit well into small tubs, this is about the best you can do. Your child will still have to dig to get to the toy-treasures at the bottom, but it at least gives you somewhere easy to toss toys during clean-up. Buckets are inexpensive and simple to use. Most department stores sell them for less than $10 each. Later, you can step up to toy chests when pretend play becomes more popular (a game of pirates makes toys chests the coolest thing ever.)

At our house, the kids also have book shelves, not only for their books, but for some of the larger toys that sit well on shelves like super-hero houses and remote control cars.