Trees, stockings, wreaths, stars and presents- there are so many things that just scream Christmas, but why do we use these as Christmas symbols and what do they mean? Do you know why you set up a tree every year? How about candy canes, what’s the deal with those? Let’s find out.

A look at some of the most common Christmas Symbols: 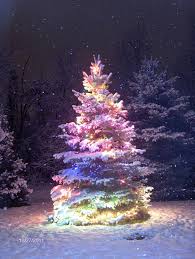 Santa Claus is another of Christmas symbol that is a bit muddled in its history. Some people believe he is yet another attempt to change Pagan gods into Christian acceptable alternatives. Others believe Santa was a real person named Saint Nicholas born in the 4th century. For fairness sake, both will be explained here.

According to the Pagan faith, Santa Claus is actually a combination of the Roman god Neptune of the sea and Nickar the Teutonic God of the Harvest. He also pulls several attributes from other Pagan gods. In the Christian faith, it’s believed Santa was a Bishop who later became a saint for his good deeds. Saint Nicholas is the patron saint of the sea and children. He is said to have used his fortune to give gifts to poor children on Christmas.

In either case, Santa Claus is meant to symbolize generosity and helping those in need.

The Christmas stocking is said to have originated in a nobleman’s home, who after the death of his wife, squandered his fortune making it impossible for his three daughters to marry. Saint Nick, previously mentioned above, felt pity on the girls and threw bags of coins down their chimney. Their stockings which had been hung there to dry by the fire caught the gifts. Stockings are still hung today to hold gifts from Santa Claus. They have no real symbolism, but are still considered one of the popular Christmas symbols.

Christmas Wreaths and/or Holly and Mistletoe:

The wreath is a Pagan symbol of eternity. The circular shape of the Christmas Wreath represents life’s never ending circle and the interconnection of all things. Pagans believe wreaths protect from evil spirits and bring good luck. Traditionally, Holly and Mistletoe are also hung in homes at Christmas and are believed to have healing properties to the inhabitants. However, the Christian Church banned this Pagan tradition initially and later began claiming the Christmas wreath of holly represented the never ending love of Christ.

Mistletoe snuck back into the scene regardless of the ban at New Year’s rather due to the mysterious Christmas superstition arising that it was bad luck during Christmas. The custom of kissing under the mistletoe comes from the Scandinavian goddess of love Frigga, whose plant is mistletoe.

One of the few Christian Christmas symbols, the star tree topper comes from the story of the birth of Christ. It is said a guiding star led Mary and Joseph to Jerusalem to birth Jesus. Though it should be noted the star is a long standing symbol in many cultures pre-dating Christianity. The star in regards to Christmas now represents hope and high ideals.

Christmas presents being given began in ancient Rome during the Winter Solstice. Gifts were placed in evergreen trees to honor the sun god as well as bring the receiver luck and prosperity. Later gift giving was ascribed to the bringing of gifts at the birth of Jesus by the three kings.

In both cases, Christmas presents are meant to represent generosity, love, and the gift of giving.

Candy canes were born out the tradition of decorating Christmas trees with food items in Germany. The candy cane was designed to be a sweet treat that resembled the shape of a Sheppard’s cane meant to represent the leading of the people by god as their Sheppard.