I had to laugh the first time I walked into the living room to find my toddler son lounged on the couch watching Elmo, bottle haphazardly hanging from his mouth, one hand comfortably attached to his private parts. However, when this private part touching became a regular behavior, I started to wonder if something was wrong.

Is it normal for toddlers to touch themselves?

Yep. The same way your child discovered his or her nose or toes out of sheer curiosity, discovering and then fixating a bit on their genitals is normal toddler (and sometimes older baby) behavior. In fact, research on the subject suggests toddlers and preschoolers between the ages of 2 and 5 are actually more sexual than any other age range before puberty.  Usually private part touching begins when your child figures out how to remove their diaper or is being potty trained. Some babies also find their genitals sooner during diaper changes or baths. 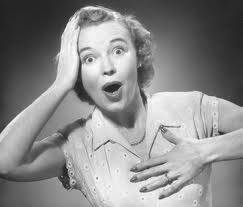 Is there any risk to my toddler touching himself/herself?

If your toddler is simply touching his/her privates, no, there isn’t any risk. My son, however, for some reason would grab hold of his penis and pull on it as if he was trying to rip it off. It seemed like it would be painful to me, but he kept doing it. In this instance, according to his pediatrician, there’s the slight concern he could scratch himself or if he gripped on to just the foreskin could tear it back. In either case injury would be minor but would need to be kept very clean as the genital area harbors normal bacteria that can cause infection in wounds. Just make sure your toddler’s fingernails are well trimmed and keep an eye out for injury during diaper changes. If your child begins touching so much it prevents him/her from normal play or he/she shows signs of infection or pain, speak with your pediatrician.

What can I do to stop my toddler from touching his/her privates?

Unfortunately, private part touching is another one of those toddler behaviors that the most common recommended course of action is to ignore. The problem is if you try to scold or discipline your child for touching their genitals they may begin to feel exploring their bodies is a bad thing, which can affect sexual health later in life. Plus by drawing attention to the behavior you perk that defiant nature in your toddler. To a toddler attention is attention, and every reaction is amusing. If they get a response, they’re going to repeat the action just to watch the reaction.

One thing you can do is distract your toddler when you catch them in the act of touching their privates. Activities that utilize the hands are particularly effective. Note that many toddlers also resort to touching themselves out of boredom. It can help to keep your child engaged. If your child is not potty training (genital touching can start before a baby is even considered a toddler) you can also choose clothing that doesn’t allow for private-part access. One-piece jumpers and onsies work well.

Another situation I found troublesome when my son was in the private-parts touching stage was poopy diaper changes. It happened every time. I’d get his diaper off, go to clean his bottom, and his hand was down there before I could get the poop off. Then he had poop on his hands. Naturally while poop wipes off, this had me concerned both about him getting it in his mouth and the mess that could result. I found having someone nearby distract him or handing him a toy to play with while I changed him helped tremendously.

Once he or she is a bit older, it’s also a good idea to begin teaching your child that while not wrong, private-part touching is a private activity that we don’t do in public. Using another natural part of life, such as pooping (which most preschoolers find hilarious), as an example of things that are normal and ok, but done alone, helps.

You may also find helpful:
Toddler Sexuality: Gender Realization, Fascination and Playing Doctor
The Sex Talk Timeline: When Should You Talk to Your Kids About Sex?