Oddly, after my miscarriages I was actually really anxious to begin trying again. My losses made me want a baby even more than I did before. However, after my first miscarriage, I had a lot of questions about trying to conceive after a miscarriage. The final step in my miscarriage journey was to research trying again. I spoke with my midwife as well as other women who had suffered losses to create this FAQ for other women in my position.

How long will I bleeding after my miscarriage? 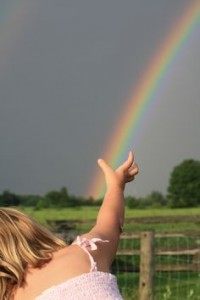 This is one area where talking to other women that have suffered losses really helped. The length of bleeding after a miscarriage seemed to vary by the week in which the loss occurred with early losses equating to less bleeding, and late losses to more bleeding. Generally, however, the bleeding should stop within 2 weeks of the passage of tissue. If your bleeding continues, you should contact your health care provider as this can be a sign of retained tissue.

When will I get my period after miscarriage and ovulate?

Based on those same interviews with women who have suffered miscarriage, return of menstruation and ovulation also really varies on the type of loss suffered, and the week of pregnancy it occurred. Generally, the earlier the loss the quicker the return of menses and ovulation. Natural losses, which usually take longer than say a D&C, also usually result in a quicker return to normal after the bleeding has stopped. This makes sense, being to ovulate after a miscarriage your hCG levels must reach 0. In early losses hCG is lower, and with a natural loss it has usually had more time to decrease before the actual miscarriage itself. You may have a “wonky” cycle just after your loss with early or late ovulation, irregular bleeding, spotting, unusual basal body readings, and other symptoms of hormonal imbalance. In most cases, the second cycle after a miscarriage is far more normalized.

How soon can I try to become pregnant after a miscarriage?

The experts argue on this one, you’ll find citation supporting everything from immediately after to wait an entire year. In my opinion, it is more a matter of your emotional state. Are you ready to try again after a miscarriage? When you are, it’s been long enough. From a medical standpoint, it may make sense to wait at least a cycle, however. This gives your uterine lining time to restore entirely and your hormones time to balance. This may not be necessary if you suffered a particularly early loss (before week 5).

Your next question is how likely are you to have another miscarriage?

Other articles in this series:
Missed Miscarriage or Misdiagnosis?
How Do I Know If I’m Miscarrying?
Miscarriage Bereavement